Alumni from across the decades tell their stories of finding love on campus. 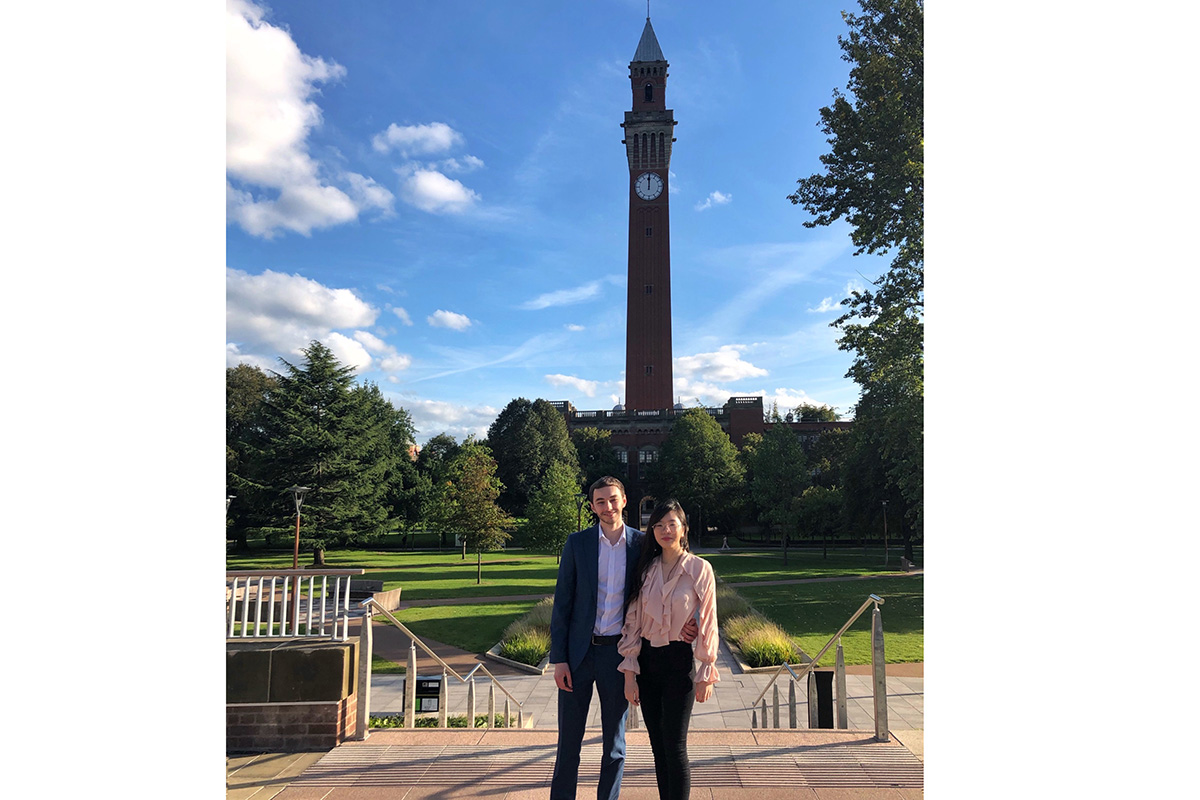 'Chris and I met outside of campus at the right time and the right place. I was courageous enough to speak to him in a public place and we're both glad I did. Discovering we both went to Birmingham and lived in Jarratt Hall in separate years brought us closer when we first met. This photo was taken when we visited campus a year after Chris's graduation. Coming from two different ethnicities and also nationalities, there are so many uncertainties along the way. However, we never have any doubts about our future together.'' Daisi 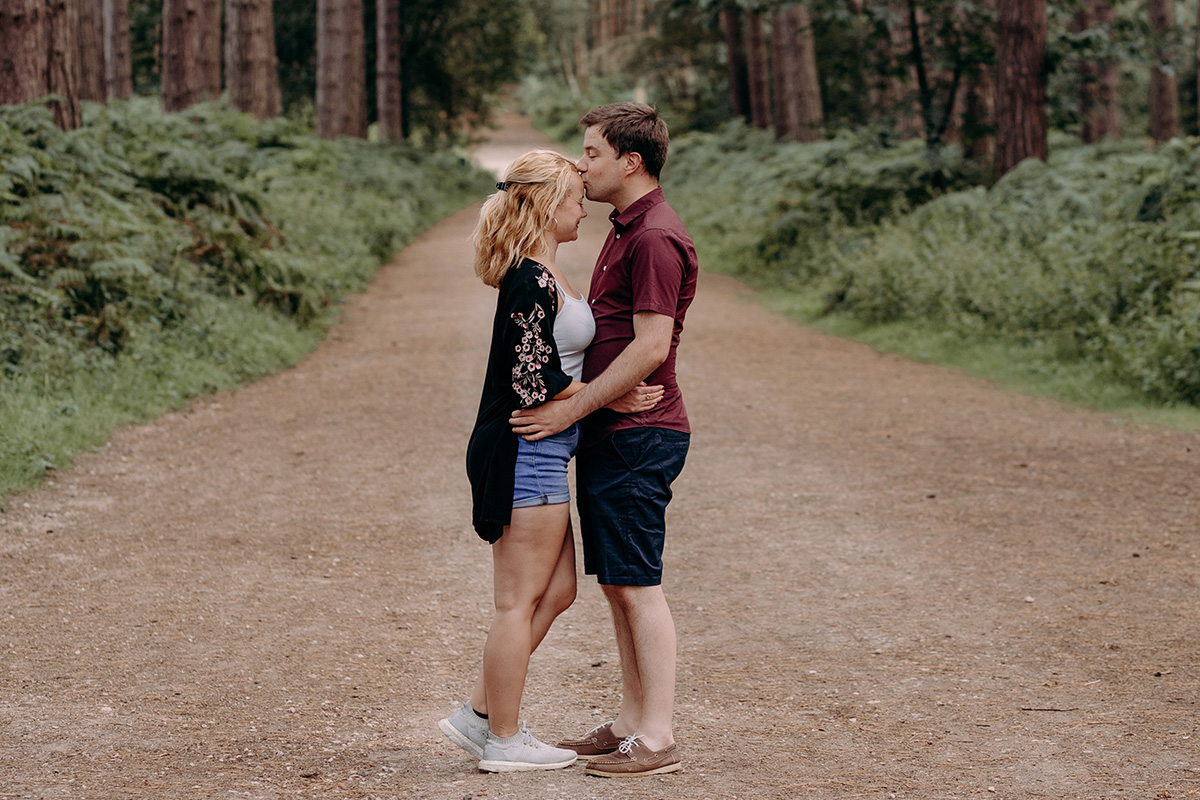 'We met through a mutual friend in the summer after our first year at Birmingham. We became best friends, serving on the committee for the Atheist, Secularist and Humanist Society and fell in love after we graduated. Chris is a barrister and I now work in communications for an environmental charity. We both have very fond memories of Birmingham, Selly Oak and Saturday nights at Fab 'n' Fresh. Due to lockdown, our May wedding has sadly been postponed, but we look forward to our special day and coming back to visit our old campus as husband and wife.' Meg 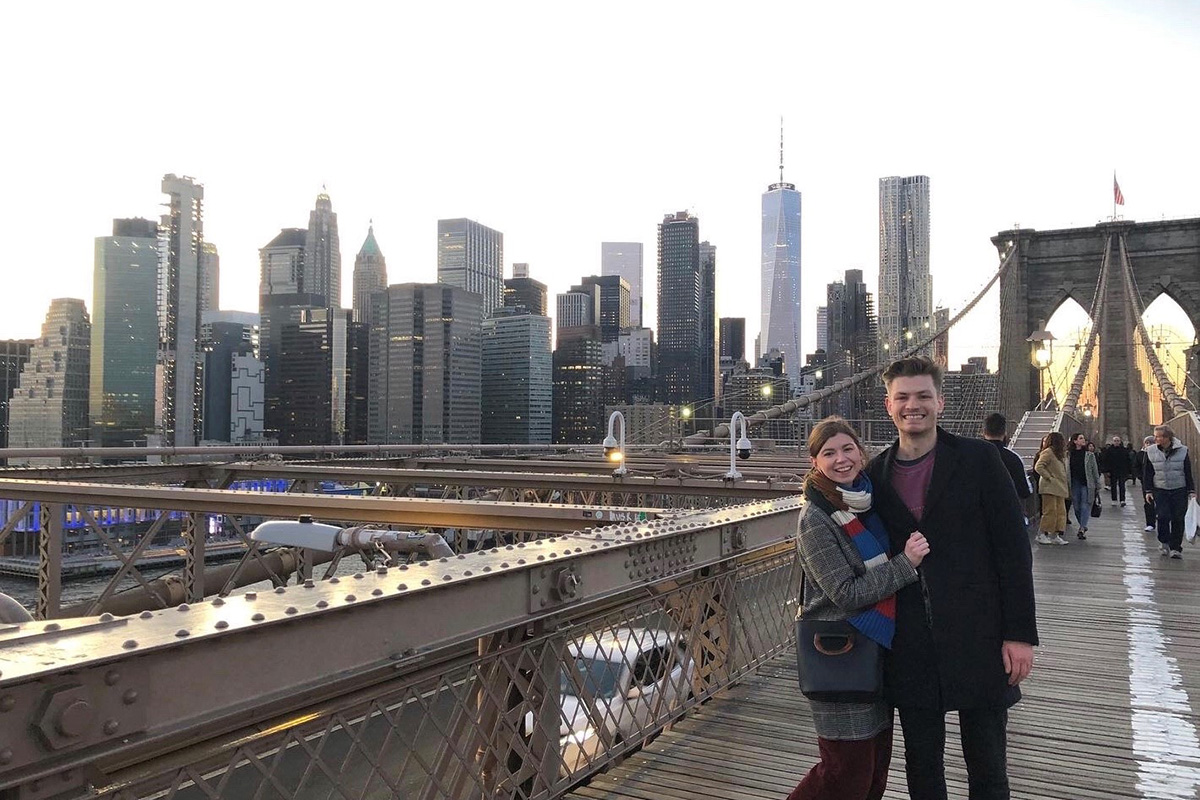 'Although our paths had crossed a few times and we had some mutual friends, it wasn't until towards the end of our time at Birmingham that we properly got to know each other. When I graduated, we were still "unofficial" and unsure about making things more serious. However, we bumped into each other by chance at Glastonbury over that summer and haven't looked back since! We now live and work in London with our cat Christian and owe it all to studying at Birmingham.' Jonty 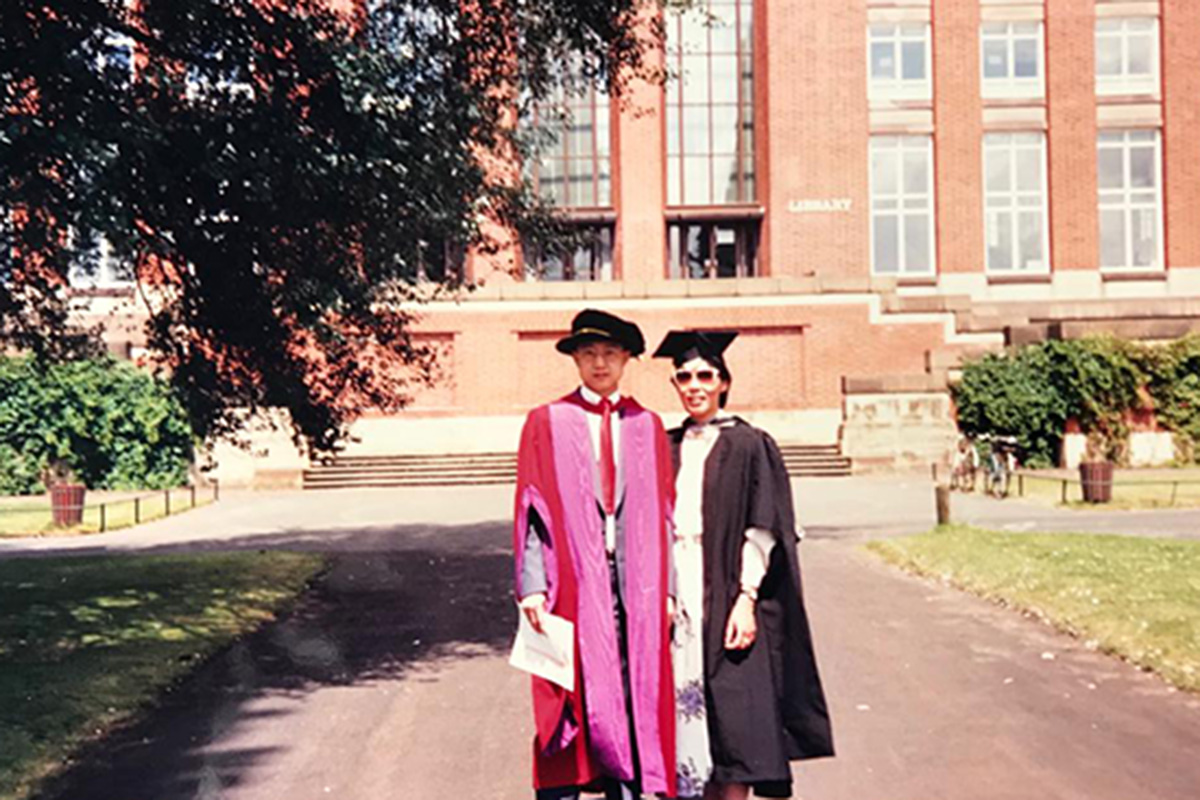 'We met in 1980, during our first year when Bee wanted to borrow some of my homework for references. I replied "no problem" within five nanoseconds. We got married in 1983 after our graduation and continued with our respective postgraduate research studies. After three years of hard work, we achieved not only our second degrees but also our first-born, Victoria Yung, in 1986. Almost 40 years came and went, and our careers traversed across the UK, the US, Hong Kong and mainland China, as did our abodes. I worked in the energy investment business and Bee focused on the chemical business, primarily with Dow Corning. We are both happily retired now and living in Hong Kong. The University has facilitated both our education as well as our romance and we are forever grateful! We are currently working with the Alumni Office to explore how we might recognise this, by giving back to Birmingham through our philanthropy.' Bruce and Bee 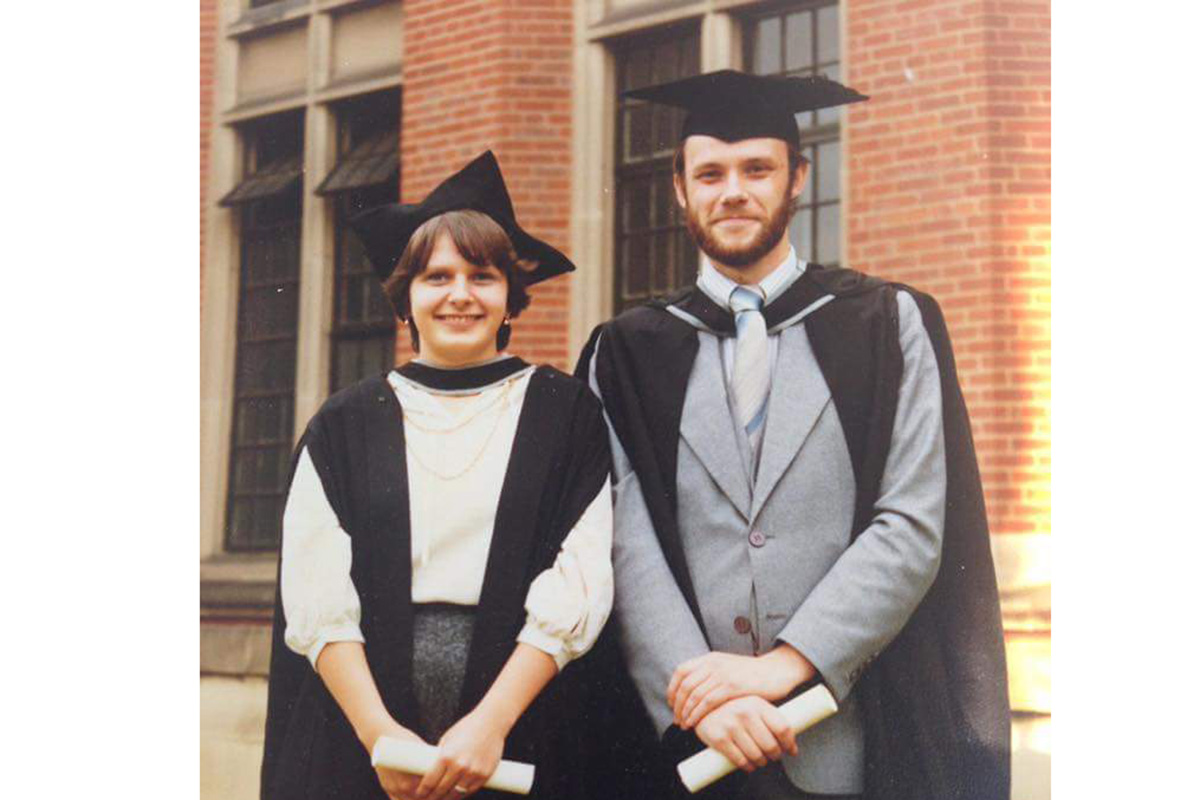 'We met in Mason Hall in October 1976 during Freshers' Week. After a couple of false starts we started going out in the spring of 1977. I ended up on the JCR Committee and stayed on in Hall for a second year and Caroline also opted to stay. Caroline spent her third year at Konstanz University in southern Germany while I did my final year. This time I was in Maple Bank sharing with Jon Borland (Commerce), Steve Fleming (Commerce), Shabbir Jaffer (English) and Andy Tivey (Classics). I am still in touch with all of my ex-flatmates although Steve is the US and Shab is in Canada. We occasionally meet up when trans-Atlantic travel permits and there's always Zoom or WhatsApp video calls. We got engaged in 1980 and married in 1981. Caroline got a job working for Municipal Mutual Insurance in central Birmingham and we bought our first two-up-two-down house. We moved to Surrey in 1984 where I worked for ERA Technology and Caroline joined Thomas Miller, a Lloyd's Broker in London. Our first child arrived in 1987 and our house suddenly became too small. I changed jobs (going to the Welding Institute, TWI) and we moved to Linton, a small village near Cambridge. I was on the PTA and joined the local cricket team while Caroline organised various other village activities (playgroup, Mother's Union) around the arrival of our second child in 1990. After ten years there we relocated to Nailsea, near Bristol as I joined Rolls-Royce and Caroline went back into insurance with DAS as an underwriter. We both took voluntary redundancy at the end of 2014 and enjoyed a year of leisure including a month's holiday in Canada including a trans-continental trip by train. Caroline became ill in 2016 and died from cancer in 2017, just over forty years after we had started going out.' Keith

Did you meet your significant other at Birmingham? We’d love to hear your story and want to include as many diverse stories as possible, including alumni in our LGBTQ+ community.