Many students find love during their time at Birmingham. We bring you stories of University relationships that have stood the test of time. 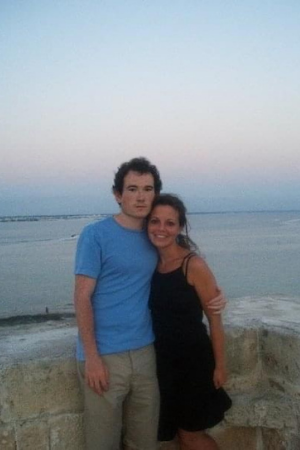 Liljia says: 'James and I met at the University of Birmingham through mutual friends and became housemates when we both stayed on to study our postgraduate degrees. We have now been together for 16 years and have a son and a daughter, who are four and two years old.

'As a family we really like to go out for meals, but our son Francesco was diagnosed with a severe nut allergy when he was only 13 months, and we found it difficult to find places that take allergies seriously. Following a bad experience when on holiday in Norfolk, we decided to set up a website together - AllergyCompanions.com. By asking people to share their experiences, we hope this will make it easier to find safe places to eat and help more people and families living with food allergies, intolerances and coeliac disease.' 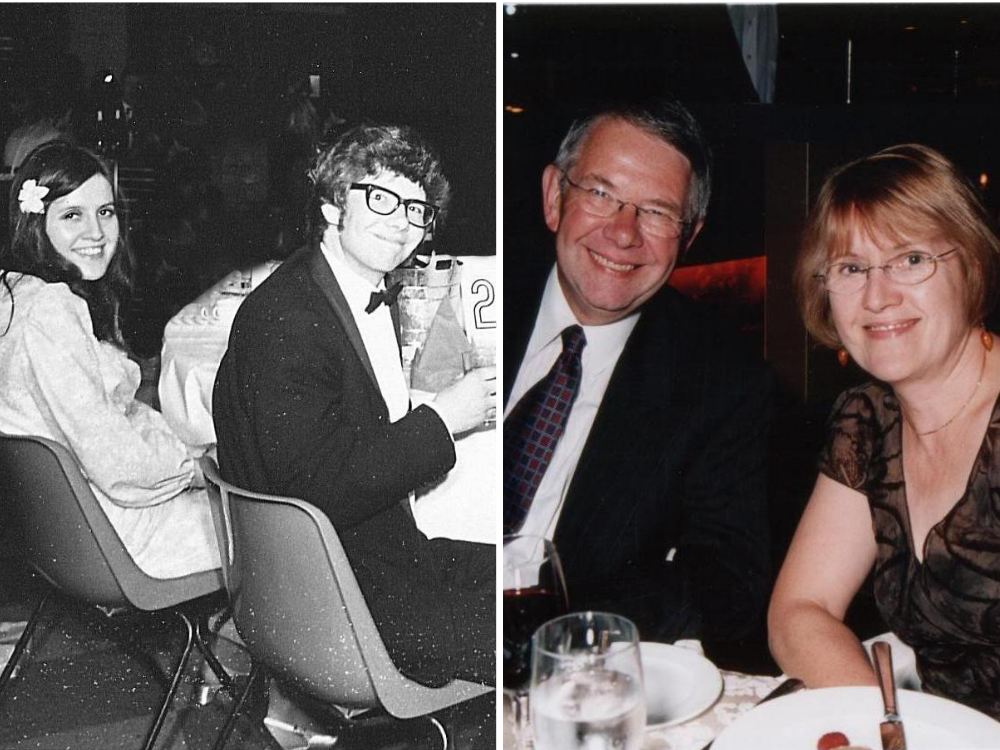 Paul says: 'My wife Jackie and I met over a body in the dissecting room of the Medical School in 1968! We qualified as dentists in December 1971 and then got married in July 1972. We have kept in touch with a number of friends who we met at the University.

'We have two children and one grandson and have now both been retired for some time and are thoroughly enjoying it! All being well, we are very much looking forward to celebrating our golden wedding anniversary in the summer.' 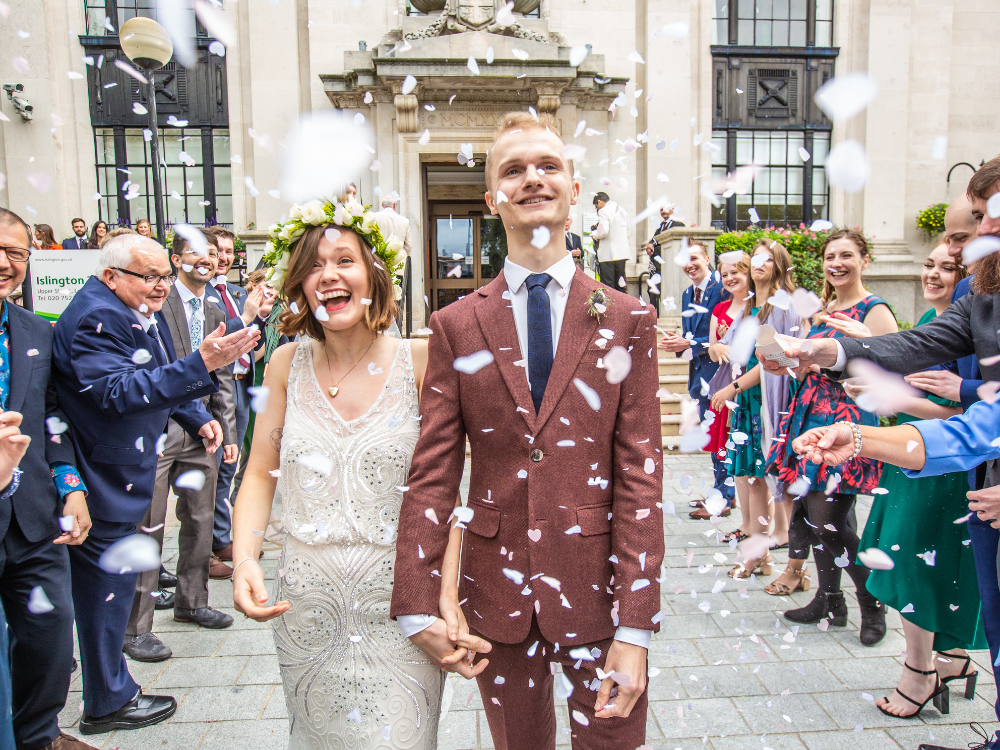 Ben says: 'Constance and I met while working together as part of the Student Mentor Scheme. It was a slow burn sort of love at first, as it wasn't until over a year later that I first asked her out – only for her to say no! But we got there eventually and started dating a few months later. We got married in 2019, having a 30-person wedding ceremony before it was cool. While we were married near our home in London, a lot of the guest list was made up of friends we met while studying in Birmingham, including a fellow student mentor alumnus.

'Flash forward to 2022 and we’re expecting our first child in June. Since graduating Constance has fulfilled her dream of primary school teaching and I work on campaigns to stop the climate crisis from getting any worse.' 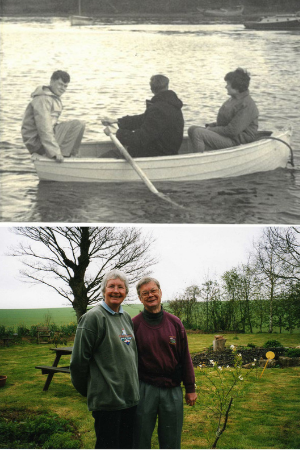 Michael says: 'My lovely wife Anne and I met as undergraduates. We both joined the University Sailing Club, which sailed on the Edgbaston Reservoir, and members of the club met regularly in the coffee room of the Students Union building, which was where Anne and I first met. I stayed on at Birmingham after graduation to study for a PhD while Anne went to University College London to do a Masters course in Nature Conservation. Over these years, what started as a gentle friendship blossomed into true love and we married in 1963.

'In the mid-sixties, we first lived in Cambridge, Massachusetts in the USA while I was at Harvard University before moving to Utrecht in the Netherlands when I was at the Biochemistry Department at Utrecht University. Later, we lived variously in North Bedfordshire, South Oxfordshire and, after setting up our own consultancy business, moved to the Isles of Scilly in 1990, where we have been ever since.

'I shall forever be grateful to the University of Birmingham. I hated my school and was pleased to leave it; after arriving in Birmingham, life changed for the better! I have returned to visit many times and each time I look back with fondness to "the Birmingham days". It is lovely to know that we have retained friendships with several fellow students from our time there, although we are now in our early 80s.' 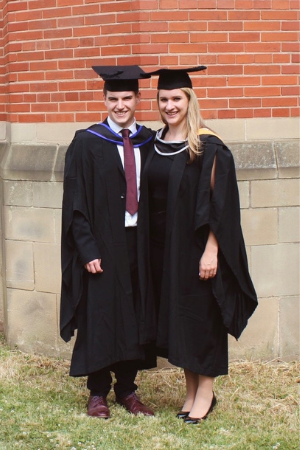 Jessica says: 'Martin and I met as lab partners during our fourth-year project with the Nuclear Physics Research Group at Birmingham in 2017. We have been together ever since and, in December 2021, we got engaged! We now live together in Cheltenham where Martin works as a Nuclear Engineer for Atkins SNC-Lavalin supporting Sizewell B power station. I am a Nuclear Engineer for EDF working on the Hinkley Point C project.

'We have fond memories of Birmingham including lots of lab sessions, Poynting Physical Society quizzes and games nights with friends. Our graduation ceremony was at the same time on the same day, so it was really nice to celebrate together!' 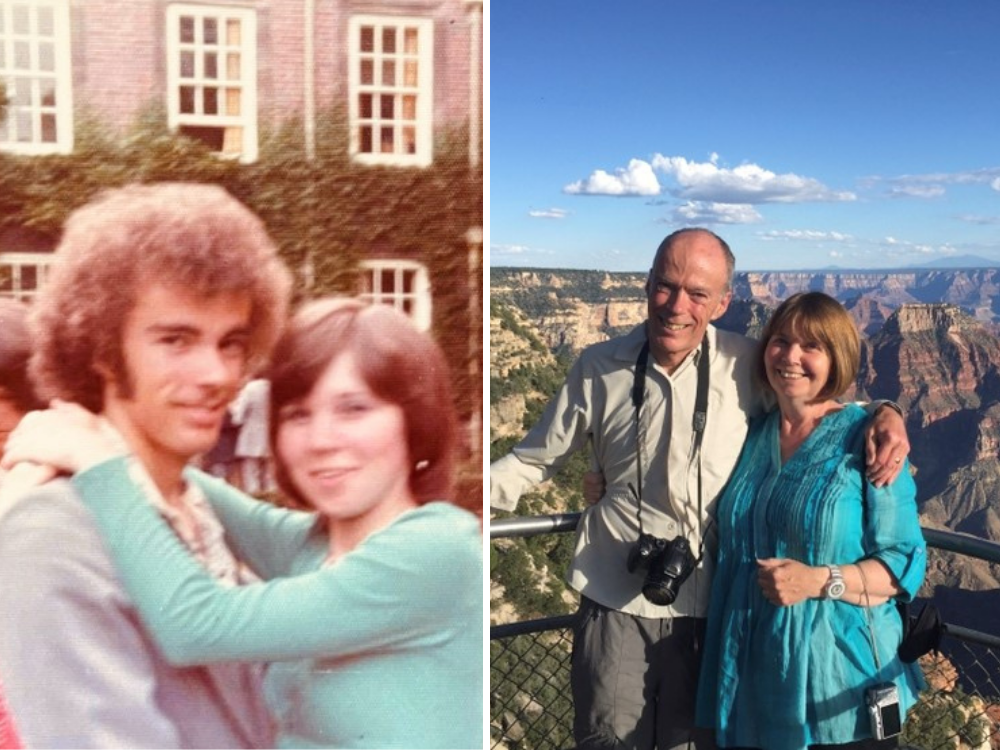 Lorna says: 'In our first year, John had the room above me in University House and we met when I went upstairs to protest about the noise he and his friend were making. Apparently, they were only playing cards! After a year of hours spent together, often in the library or the geology museum, we got engaged (with a Coke can ring!) at Reading Festival in 1975 and got married in 1977 just after graduating.

'I went to work at a local psychiatric hospital and eventually became a Ward Sister, later retraining as a teaching assistant to work with children with special needs and volunteering as a "Tawny Owl" at the local Brownie pack for 20 years. John joined a management training scheme with an engineering company as a programmer, hitting the first wave of computerisation, ultimately co-founding Alfresco Software in 2005. He is now Chairman of University of Birmingham Enterprise.

'Since retiring we spend our time enjoying our three granddaughters, travelling and dancing. We still enjoy our frequent visits to the University, especially the annual "Happiness Lecture", visiting the University’s forest experiment BIFoR (Birmingham Institute of Forest Research) and the revamped Lapworth Museum of Geology.' 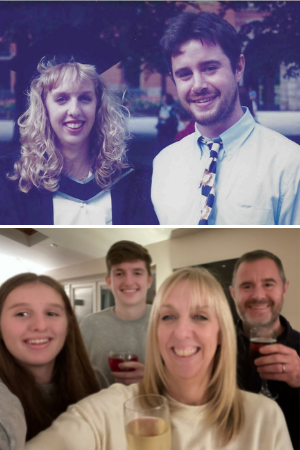 Marie says: 'We met on 17 March 1995 when I was in my final year. We were out for my friend's 21st birthday and, to celebrate in style, we had gone in "bad taste evening wear" to The Goose at the OVT in Selly Oak. I wore a batwing floaty 60s dress, backcombed hair and very fetching electric blue eye shadow! On our way home, we gate-crashed a neighbour's house party, and it was here that my eyes met Max's across his can of cider. We spent the rest of the night chatting and, when it was time to leave, I wrote my number in blue eyeliner on a receipt. I didn't expect him to phone, but a couple of days later the landline rang and it was Max asking me out on our first date.

'27 years on, the dress still exists somewhere in a box in the loft and even made an appearance for the speeches during our wedding in 2000. Our children, Joel and Lucy, were born "next door" at Birmingham Women's Hospital soon after.

'Joel, now 19, is in the first year of his Maths degree in Birmingham. We tried really hard not to influence his choice, but we were secretly very pleased. We are now back regularly to visit Joel, watching him walking in our footsteps from all those years back and realising, like us 30 years ago, what a special place it is to study. We try hard not to reminisce all the time, but he would tell you that we fail miserably.'

Did you meet your significant other at Birmingham? We’d love to hear your story and want to include as many diverse stories as possible, including alumni in our LGBTQ+ community. Get in touch through our contact form.