While being interviewed by student society SATNAV, he discussed his tale of campus romance which you can hear about in this video.

He says: 'Sue was volunteering at the student’s union to assist overseas students – so I met her on my first day on campus. I pursued her relentlessly for three days and on the fourth day she surrendered at a student disco for overseas students. On the fifth day, while walking round the reservoir I told her that I was going to marry her and she said "Yeah, right". So here we are 41 years later. To this day, every year we come to Birmingham on our anniversary and sort of re-do our vows.' 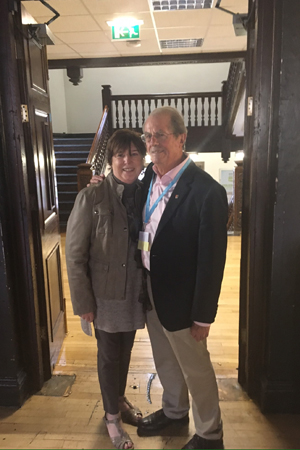 Last year's Alumni Reunion saw couple Catherine and David Woodford reunited in the place they first met, Deb Hall in the Guild of Students. They travelled from California to attend the reunion and are pictured here in the same spot.

You can now get tickets to this year's Reunion. 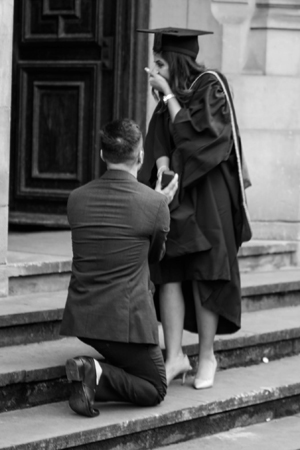 Our winter graduation ceremony saw a surprise proposal on the steps of Aston Webb building! Kishor Randhawa and Poonam Kaith got engaged just after she graduated with an audience of friends and family. 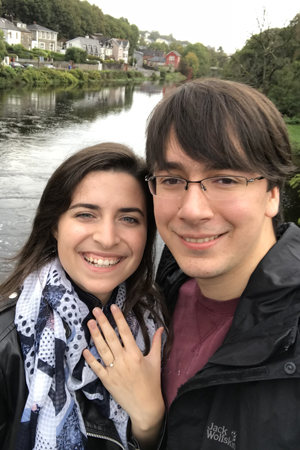 'My fiancé and I met at campus in our first year of Computer Science and Business Management Bachelors. Our first date was at the Vale Fireworks and after four years of being together, we are now engaged and planning a wedding for spring 2019.' Radena 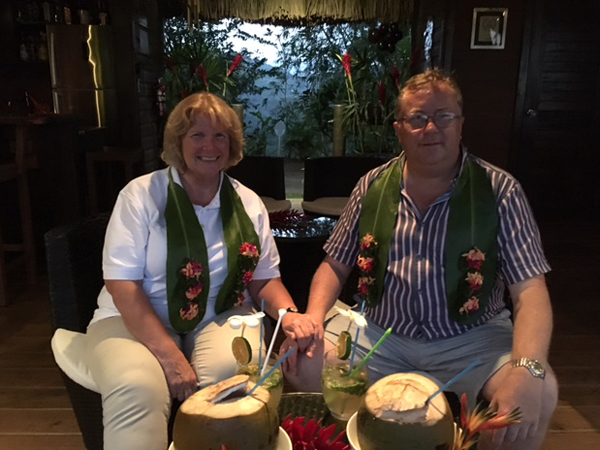 'I met Huw in fresher's week when I was on a date with his flatmate! He was two years ahead of me, so when he went to the College of Law, Intercity London-Birmingham made a fortune from our weekend commutes to see each other. We got married in September 1987 at St. Mary-le-Strand and moved to the Cayman Islands in 1992. Last year we celebrated our 30th Wedding Anniversary with a trip to Fiji.' Kim 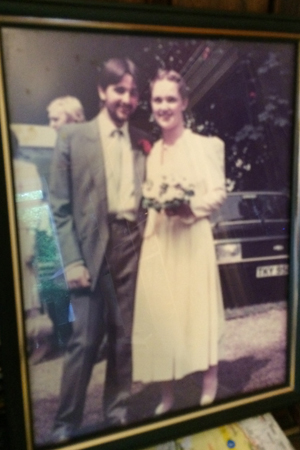 'We got to know each other while on a first year residential reading week at Spode Hall. It was a week of studying Hamlet. We're still both very keen on Shakespeare and go to the RSC a lot.

'We were both in the 'English Club' organising speakers such as George Melly, Christopher Ricks, Terry Eagleton and our very own English Department star - David Lodge.

'We were part of the editorial team of an unfortunately short lived department magazine called GIGO. This was printed on one of the old presses used by the Bibliography and Paleography students studying with Tom Davis. We moved in together in our second year and have lived together ever since.' Sue 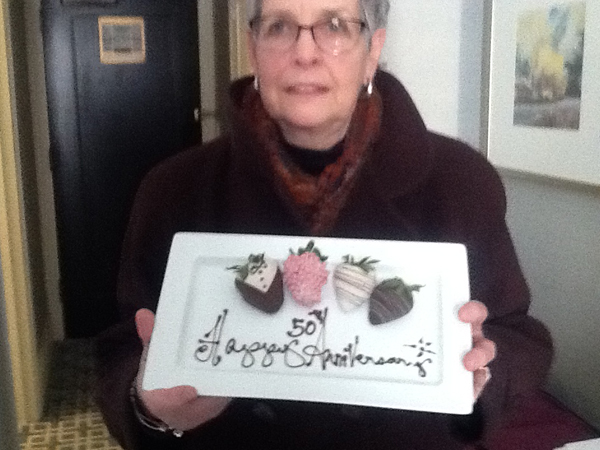 'I met my wife just a few weeks before graduating at Birmingham as she was working as a nurse at Selly Oak Hospital. I went to Canada to do my chartered accountancy and we communicated by writing letters to each other every day as a phone call was too expensive. After nine months, I went back to UK, got married and now we reside in Canada with two kids and have just celebrated our 50th anniversary on 16 March.' Graham