University warming up for Commonwealth Games

Birmingham's world-class teaching and research will be presented to a truly global audience following the announcement that the University is an Official Partner of the Birmingham 2022 Commonwealth Games.

The partnership is the most comprehensive university agreement in the history of the Games, which will have an anticipated global audience of 1.5 billion people. 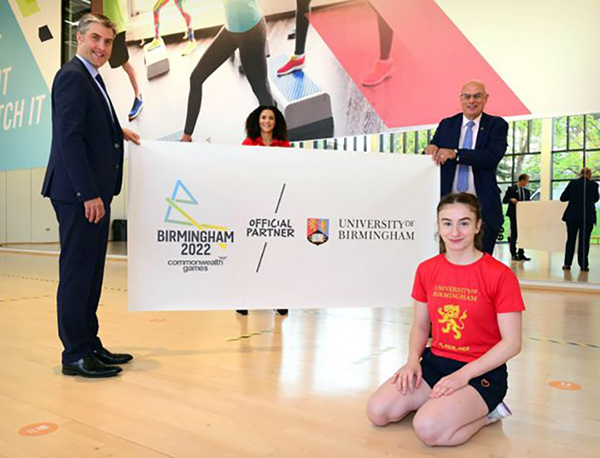 Staff and students will also have a number of ways to get involved with the Games, including volunteering opportunities, and taking part in the Queen's Baton Relay, as it travels through Commonwealth nations and territories.

As part of the partnership, the Vale will open its doors to some of the world's finest athletes as the principal campus village for the Games.

Our Edgbaston campus was already set to be the location for the Games' squash and hockey tournaments, but will now also be home to almost 3,000 athletes and officials.

The University will also be hosting the 2023 IBSA World Games, a multi-sport event for blind and partially sighted athletes, which will feature more than 1,000 competitors across more than 70 nations.

Are you an athlete intending to compete in the Commonwealth or IBSA World Games, or part of a coaching team? Let us know at alumnicommunications@contacts.bham.ac.uk and you could be featured in the next Old Joe.