Astronomers at Birmingham are playing a leading role in a new NASA mission, which is set to study our closest stars and find planets around them: an important step forward to ultimately finding life beyond our solar system, according to Professor Bill Chaplin.

Few people get the opportunity to see a NASA space mission launch in the flesh and fewer still will be invited to see two. 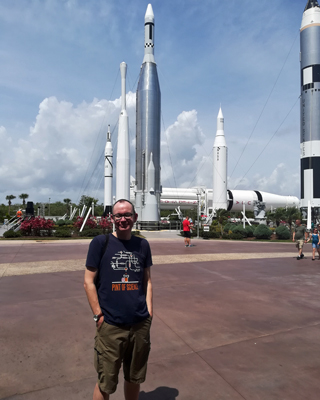 So when Professor Bill Chaplin (BSc Physics, 1990; PhD Physics, 1994; PGCert Learning and Teaching in Higher Education, 2001) received an invitation to go to Florida’s Cape Canaveral earlier this year for the launch of the Transiting Exoplanet Survey Satellite (TESS), he leapt at the chance.

Our Professor of Astrophysics had previously been unable to attend the launch of the NASA Kepler Mission in 2009 and as he puts it: ‘I didn’t want to miss out this time!

‘To be able to see a launch first-hand was great. The most striking thing was how bright the rocket was – you don’t fully appreciate the light and noise produced until you see it in person.

‘The conditions were perfect as well, as the launch was just before twilight against a clear blue sky, so we could follow it high into the atmosphere. We were a few miles away from the rocket, which is probably further back than observers were in the 1960s and 1970s!’

TESS will survey the brightest stars in the sky and search for planets that might be orbiting those stars. Bill is leading the international work in the asteroseismology programme of the mission.

He explains: ‘Asteroseismology is the study of stars by observing their resonant oscillations, caused by sound trapped inside the stars. Analysing this ‘stellar music’ means scientists can determine the properties of individual stars in exquisite detail: size, mass and age, to a level of precision and accuracy that cannot usually be reached in astrophysical observations.

‘Measuring the oscillations means we can also probe the structure and dynamics of the stars’ interiors; you might say it is the equivalent of a CT scan on a star, not possible by other means.’

By measuring the brightness of millions of stars, TESS will also discover previously undetected exoplanets, by measuring the tiny dimming of light from the star when orbiting planets pass in front of it.

‘TESS will provide a census of exoplanet systems in our local solar neighbourhood,’ says Bill. ‘Compared to the Kepler space telescope, it will look at stars across almost the entire sky, and is focused on the brightest stars, while Kepler observed those too faint to be visible to the naked eye.’

Identifying new planets orbiting the closest stars to the solar system offers the tantalising prospect that a few of them may lie in the stars’ habitable zones.

The first set of TESS data should be available at the start of 2019, with the initial mission set to last two years. Any promising star systems will be high-priority targets for the upcoming James Webb Space Telescope, which will be launched in 2020 and have the capability of characterising the atmospheres of those planets. 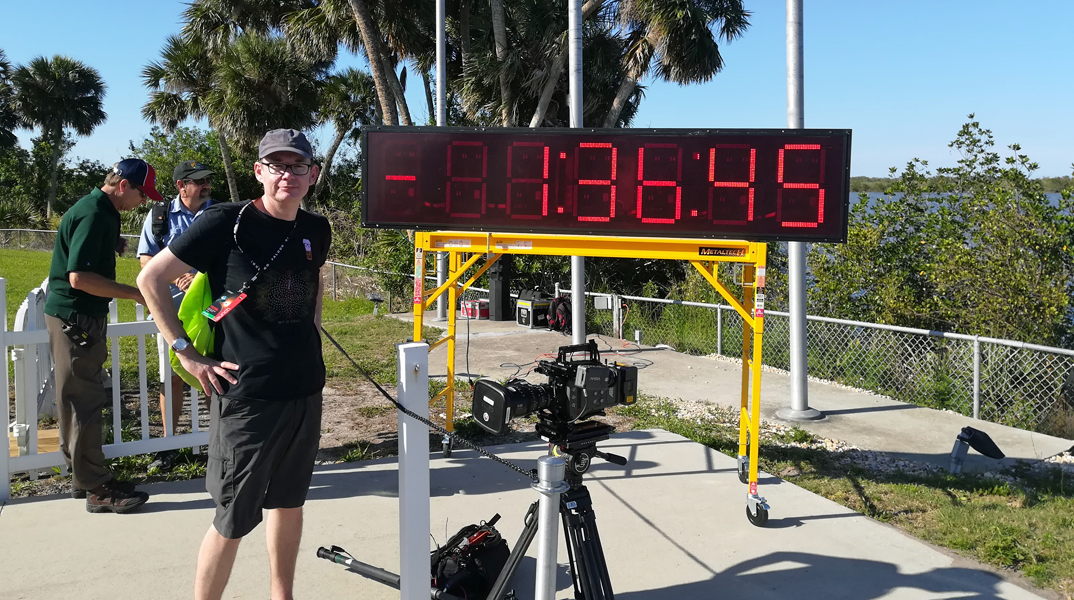 Bill says: ‘While the TESS mission is expected to run for two years, initial readings from the satellite’s commissioning phase suggested that its fuel could last for 20 years or more, so as long as it is providing exciting science we would expect the mission to be extended.’

The project is undoubtedly one of the highlights of the proud alumnus, who has spent most of his career at Birmingham since arriving for his undergraduate degree in 1987.

His expertise in asteroseismology meant that his team at the University led the selection of the Sun-like stars to be observed and he adds: ‘We got involved with the project much earlier than Kepler, so it meant we’ve had a role in shaping the mission.

‘It felt like a big responsibility and setting up the structure of the project has been exciting. I can’t wait for the first results and to find out more about the stars we can all see in the sky at night.’