Eyes to the sky

Students from the Astronomical Society (AstroSoc) took inspiration from modern cultural and sporting figures to create new constellations aimed at encouraging more young people to be interested in science and the universe.

In a bid to get children to take a more active interest in the cosmos, The Big Bang Fair partnered with the University on the project, called 'Look Up To The Stars'. AstroSoc members earmarked a fresh selection of stars to form the new constellations, each one representing icons from sport, entertainment, science and activism. 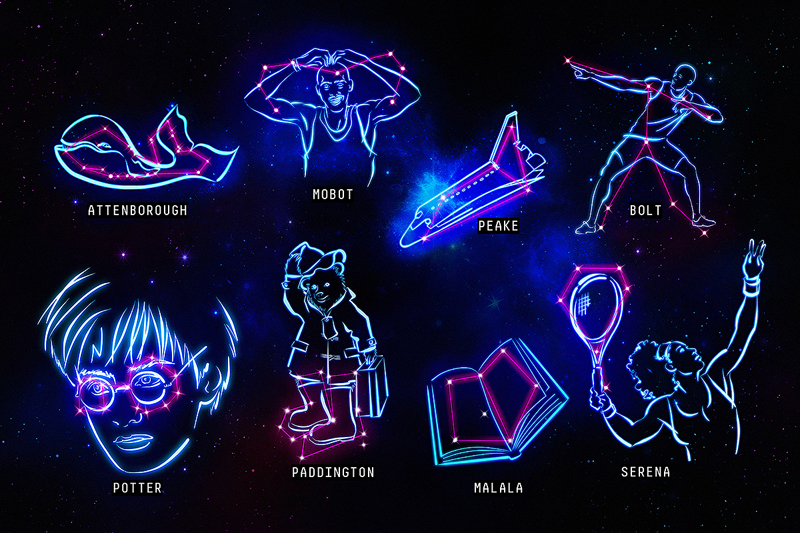 The project was launched after a new study found that the classical constellations based on the zodiac and figures from ancient Greek and Roman mythology were not enticing young people to look up at the night sky.

72% of the 7-19-year-olds that were polled said they had never looked up at the sky to find a constellation, and 29% admitted they wouldn't recognise a single classical constellation by name if they were shown them.

The new constellations were developed by researchers following a careful analysis of star maps for different regions of the sky.

Emma Willett, who led the University team, says: 'It was an honour to work alongside The Big Bang Fair to develop a new set of constellations for the modern day to encourage children to look up to the stars.

'We really hope these new creations will help people of all ages develop their interest in space and astronomy, working to inspire the next generation of astronomers to take an interest in the field.'

The sky's the limit

AstroSoc is actively involved in public engagement and members would love to work with alumni and supporters of the University. You can find out more at the society's website.