In a career of research and travel, the most memorable place Manuel Dall’Osto (PhD Geography and Environment Sciences, 2006) has visited is Antarctica, where he is examining how clouds are formed over the ocean.

‘It’s the most magical place to have a coffee in the afternoon, watching the huge birds and looking out at the whales, it’s such a landscape of wonder,’ he said.

‘It is hard work as you are confined in a small space with limited contact back home but it’s an unforgettable experience.’

When Old Joe spoke to Manuel, he was about to board a ship to the Arctic for a research mission based on a Korean icebreaker. Preparing to work on the open ice, a personal bodyguard has been employed to protect the crew from polar bear attacks. 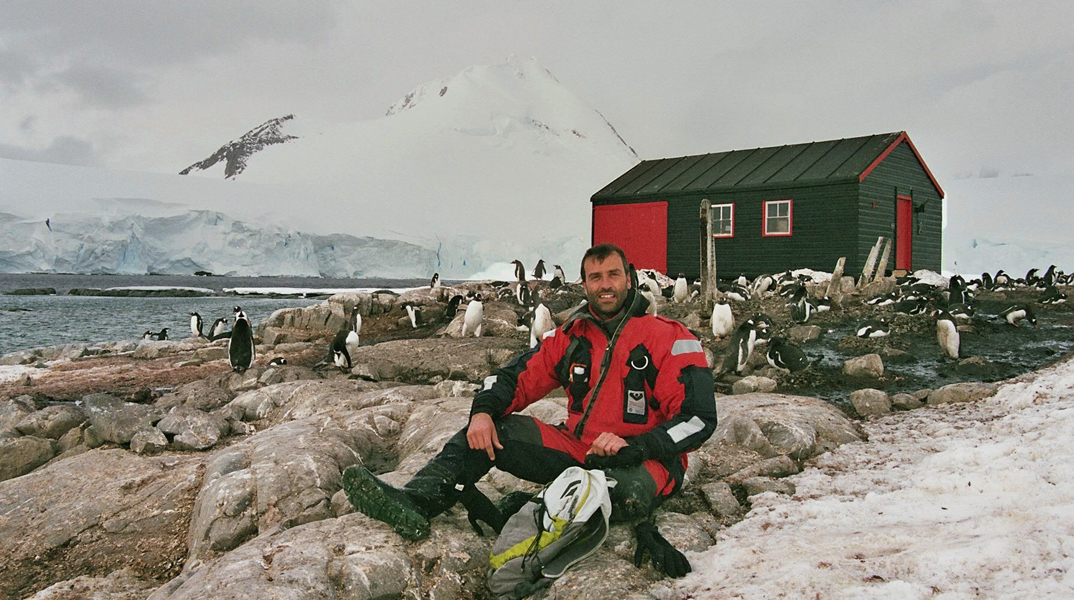 Manuel’s research aims to identify the sources responsible for making aerosols (tiny little particles) in the polar regions, which are the key players in cloud formation. This is important to better predict climate change.

He added: ‘The climate of our planet is changing. We know it’s warming but we have an uncertainty in how much and we don’t know enough about how clouds are formed and how they are cooling our planet. Our research will be a success when we reduce those uncertainties.’

During his PhD at Birmingham, Manuel studied both air quality and marine aerosols and spent time working with Professor Roy Harrison. He also worked at Scripps, The Institute of Oceanography in San Diego, where he developed specialist knowledge about the Aerosol Time-Of-Flight Mass Spectrometry (ATOFMS), which measures single particles in the air.

This unique knowledge meant that the University of Birmingham offered him an honorary research fellow position, which he has held for the past 11 years, and he currently works for the Institute of Marine Science in Barcelona.

‘All this started when I was at Birmingham completing my PhD. It was the first time I had been at sea and I fell in love with marine science and the interaction between the sea and the atmosphere,’ he said.

Where have you taken your Birmingham education to in the world? Email your story to alumnicommunications@contacts.bham.ac.uk