The ghosts of campus

Whether you believe or not, these tales are a fascinating insight into the University's history.

Many alumni have heard the legend that if a student walks under Old Joe clock tower while it is chiming, they may fail their degree; but did you know campus also has its own collection of ghost stories?

The wartime nurse of Aston Webb 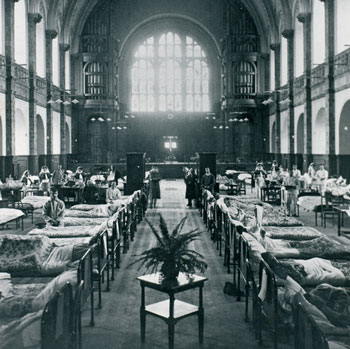 Many Birmingham students will spend time in Aston Webb going to lectures or the Student Hub, making the building a hive of activity during the day. But anyone who has walked along the corridors at night will tell you it's a much quieter – and creepier – place. There's talk of hearing footsteps ahead (or is it behind?) you, with no-one in sight; or shadows moving in your peripheral vision. Who could it be? Rumours suggest it's the restless spirit of a nurse or patient of the First Southern General Hospital, based at the University during the First World War.

The friendly ghosts of University House 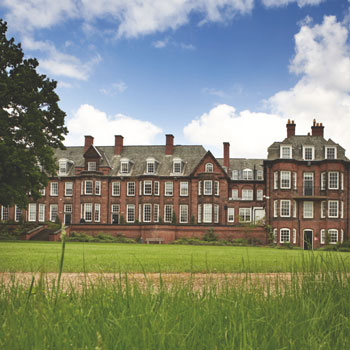 When University House was still a hall of residence (up to 2002), a student's brother reported meeting a friendly spirit in her room. A woman in black politely asked him if she could walk past him as he lay on the floor in his sleeping bag. He felt her step over him, watched her attend to a task in the corner of the room and then vanish, leaving a chilly breeze in her wake. He ruled out any student pranks, checked his sister was in bed throughout and he was quite sober!

Elsewhere a ghost in the dining room scared the cook, who refused to go into the dining room alone afterwards, and a mischievous poltergeist stopped moving things around after the University chaplain blessed a student's room. He commented: 'No harm in a friendly ghost!'

The grey lady of the Business School 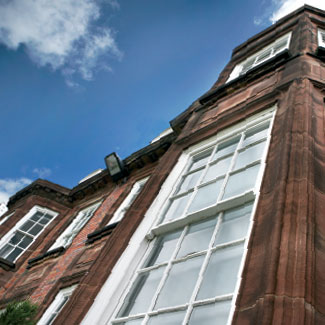 The best known of the strange sightings at University House is the Grey Lady. She is said to be seen in the original building within Birmingham Business School, which was used to house nurses from 1914-1919 who were treating those with war injuries in the Great Hall. Grace Surman (BSc Business Management with Communications, 2009) was told of the rumours while working as a student ambassador there. 'The offices in the building used to be bedrooms, and still have their original features – fireplaces, cornicing and wrought iron grates. The first corner of the building feels colder and darker than the others, and it was here that a grey lady still dressed in her nurse's uniform has been spotted, floating around minding her own business. She apparently fell down a spiral staircase.'

The Roman centurion in the Biosciences basement 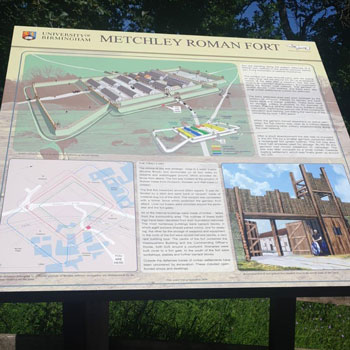 Did you know the area by the University train station and the Queen Elizabeth Hospital was once a Roman fort? Metchley Fort was occupied for around 150 years from approximately AD 48. Lorraine Wallace, Research Fellow in the Medical School, shares her first-hand account of seeing the ghost of a Roman centurion on campus.

'One day I went into the Biosciences basement to clear out the freezer, which was located at the end of a long thin corridor. I knew I was the only one in the basement at the time so when I saw a tall straight-backed figure disappear behind the doorway, I assumed it was my work colleague trying to scare me. I decided to try to scare him instead so I crept down the corridor and rounded the corner and said "boo". When I was faced with an empty space, it struck me that I had just seen a ghost – I went white as a sheet and raced upstairs to share the experience with my colleague. While I can't be certain it was a Roman centurion there are others in the department who report similar experiences and seeing figures wearing Roman helmets.'

Did you have any mysterious experiences on campus? How did you celebrate Hallowe'en as a student? Email the alumni communications team.

Read more about the creation of Aston Webb and its use as a hospital during wartime.